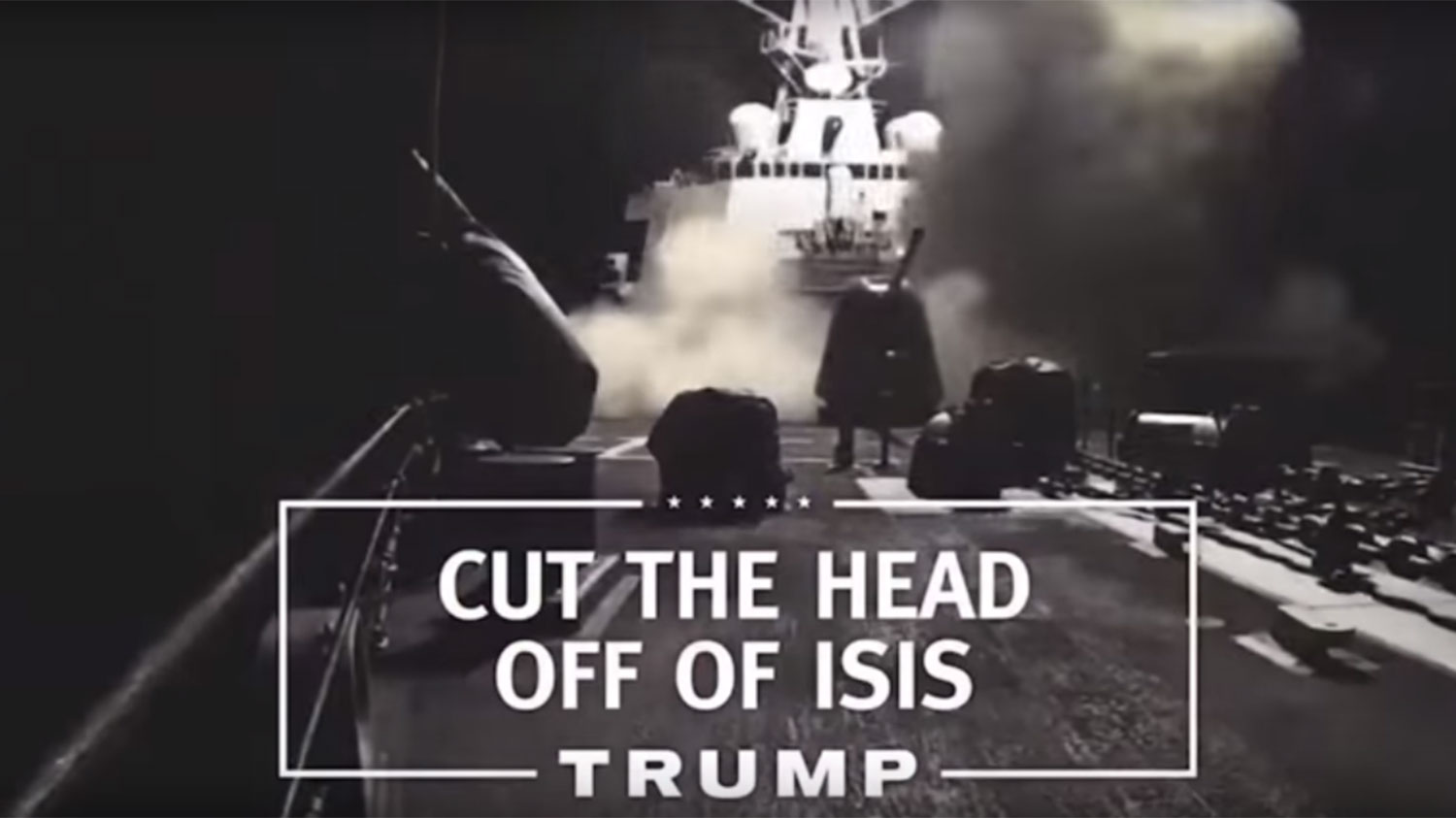 By surveying hundreds of people, television analytics firm, Ace Metrix, evaluated political spots to determine their effectiveness. Politico tells us that Ted Cruz’s ads are the most effective among the Republicans because his ads are 5 of the highest scoring 11 — probably sounds better than saying 4 of the top 10.

Although Politico credits number 1 rated Cruz’s success to specific techniques, like looking straight into the camera for a high “credibility score,” their argument falls apart when we learn that numbers 2 through 5 most effective spots do not use that technique at all.

The reason Politico is wrong in their interpretation of the Ace Metrix data is that effective ads are not born of techniques we learned in film school. A video is effective when it makes a strong connection with its viewers. The top rated spots work well  because they tell a story that resonates with GOP primary voters. In this case, it’s a gory story:

#1 Cruz: “We’ll kill the terrorists. … and never apologize for America.”

#2 Trump: “He’ll quickly cut the head off ISIS, and take their oil.”

On the other side, it’s been Bernie Sanders’ ads at the top of Ace Metrix surveys of Democrats. The Sanders campaign has been good at making effective ads. In the ad called, “Works for Us All,” an intimate look into camera, and simple graphics make a well-explained story we can all understand.

The highest rated spot for Hillary Clinton, “Keith,” is also excellent and oozes empathy throughout it’s 30 seconds. Which of us over 40 isn’t thinking about an aging parent?