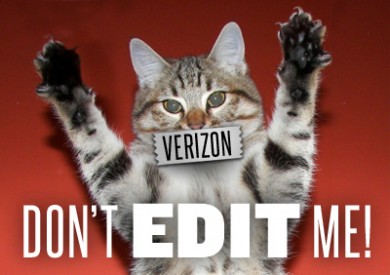 When Obama appointed a lobbyist for the cable TV industry to chair the FCC, it seemed an odd choice for a president who promised to maintain net neutrality.

And while no one believes otherwise (except for this douchebag), it’s clear that Obama’s FCC intends to allow the internet to become un-level, tiered, or in Wheeler’s own, deliberately vague words, “commercially reasonable” with faster speeds for companies rich enough to pay the ISPs to let their product flow faster.

While most of the coverage has focused on what this will mean for our beloved streaming movies, what should be the real concern for small, medium, or any-sized businesses that are not one of the  dozen or so major media companies, is that your ability to get your video out to your audience will soon cost you more money.

Remember when you first learned that you can make a marketing video and put it on your website or a sharing site and anyone who wants to see it can watch it on their whatever? Say goodbye to all that. Not this year or next, but eventually.

That is unless enough of us business folk make it hard for them by speaking our mind.
Let them know we think they suck like this:
FCC comments